This summer from July 20-23, Unity Festival bridges communities and brings people together through art and a desire to drive positive change. Featuring headliner DāM-FunK and local youth artists showcasing their artistic talent and stories. UNITY engages students through a youth to youth dialogue using professional Artist Educators and relevant art forms including break dancing, spoken word poetry, graffiti art and beat boxing. UNITY develops youth skills for success initially by teaching them to express their stress and anger through the arts and share personal experiences both positive and negative, and then transforming these outlets into tangible skill development tools. UNITY staff and artists guide youth to define their own success and in turn UNITY provides practical life and work experiences that align with the youth’s skills. This process allows the youth program participants to become positive community role models.

UNITY Festival will kick off on Wednesday, July 20th with an opening celebration at SUPER WONDER GALLERY featuring graffiti and artwork by some of Toronto’s most prolific artists, music and dance performances. Multi-disciplinary musician Lido Pimienta will be headlining in addition to drum-talk-poetic-rapologist Mahlikah Aweri, R&B/Soul Singer Adria Kain, the dance crew The Moonrunners and female beatbox duo Parallel (Psyreine and Sparx)

In partnership with R.I.S.E., UNITY’s MC & Spoken Word program showcases Toronto youth artists in two categories: Emcee’ing and Spoken Word. The purpose of the event is to bring MC’s and spoken word artists under the same roof to unify both Toronto movements as they share their inspiring stories of success, struggle and survival through words and song.

On Friday July 22nd, UNITY DANCE in partnership with BEATBOX CANADA (known for running the biggest beatboxing battles in Canada) will host two epic battles. The Beatbox competition will feature a 1 vs 1 battle with Toronto’s top 8 beatboxers for 21 years and under. UNITY’s youth and professional presents a 2v2 HIP HOP FREESTYLE BATTLE. UNITY’s dance event will feature some of Toronto’s top BBoys, BBgirls, Hip-Hop and street dancers.

For the first time ever, UNITY will partner with LOST IS FOUND presents “RECIPROCITY” – an uplifting, improvised dance performance based on spontaneity, creativity and exchange. Hosted by NIGEL EDWARDS (Wavgods, Moonrunners) and will feature some of Toronto’s greatest performers.
Also a one of a kind dance battle featuring Unity Staff VS. Unity Youth will take place

Will you be attending? If so which day(s)?

Check out Tangerine on Social Media 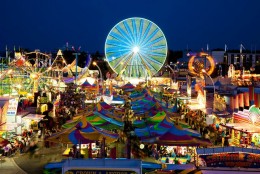 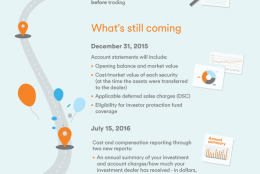