Innovation150 is a year-long celebration of our nation’s scientific past, present and future

From the discovery of insulin and stem cells to the development of revolutionary smartphone technology, Canadian innovations are constantly changing the world in profound ways. Often, these innovations begin with discoveries made by Canada’s brightest and most inquisitive minds: its scientists. That is why the Government of Canada continues to support and celebrate researchers whose contributions help create healthy communities, a strong economy and a growing middle class.

Today, the Honourable Kirsty Duncan, Minister of Science, joined Canadian scientists and thinkers, as well as the great innovators of tomorrow, to help launch Innovation150 at Science World in Vancouver. Minister Duncan spoke about the major innovations of Canada’s past and the importance of science to Canada’s future.

The launch follows last July’s announcement by the Honourable Melanie Joly, Minister of Canadian Heritage, of $5.8 million in funding for Innovation150 through the Canada 150 Fund. Developed by five leading science organizations, Innovation150 is a nationwide program that will inspire Canadian families to celebrate Canada’s innovative past and spark the ideas and ingenuity that will propel our future. The interactive, year-long program will offer awe-inspiring experiences in science, technology and innovation across the country to mark Canada’s 150th anniversary.

“The 150th anniversary of Confederation is the ideal opportunity to engage and inspire Canadians. Innovation150 celebrates Canada’s scientific and technological innovation. Young people and families all across the country will have the chance to discover the wealth of our scientific heritage in their own communities. Let’s take a moment to reflect on the incredible discoveries that have shaped our identity.” —The Honourable Mélanie Joly, Minister of Canadian Heritage

Find your balance with Tetley Tea 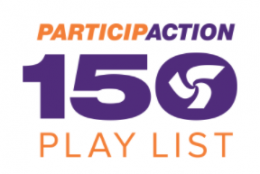